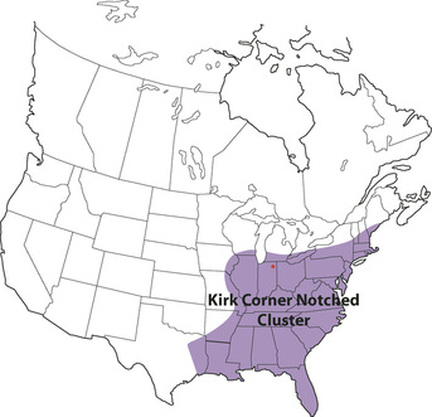 The existence of a “Kirk Horizon” (dating to about 8,800-6,600 BC) extending north-south from the lower Great Lakes to the Florida Keys and east-west from the Atlantic Coast to the Mississippi Valley has been noted for over four decades (i.e., at least since James Tuck’s 1974 paper “Early Archaic Horizons in Eastern North America”). Although many authors have remarked on the striking similarity of Kirk Corner Notched projectile points from across this large area, here has never been a concerted effort to assemble a dataset of sufficient detail and spatial scope to allow us to characterize and analyze the kinds, amounts, and spatial components of variability among these points.

Assembly of a pan-Eastern Kirk dataset will be useful for addressing numerous questions about the Early Holocene hunting-gathering societies of the Eastern Woodlands. I plan to build from the dataset of Kirk points from the Midwest that I assembled as part of my dissertation work, adding information from (1) materials that I have direct access to in South Carolina and (2) data contributed by others working in the Eastern Woodlands.  I will make the datasets (including derived metric data and the raw data from 3D models) available periodically as it is updated.
​
Interested in submitting data? Guidelines for contributing are here. 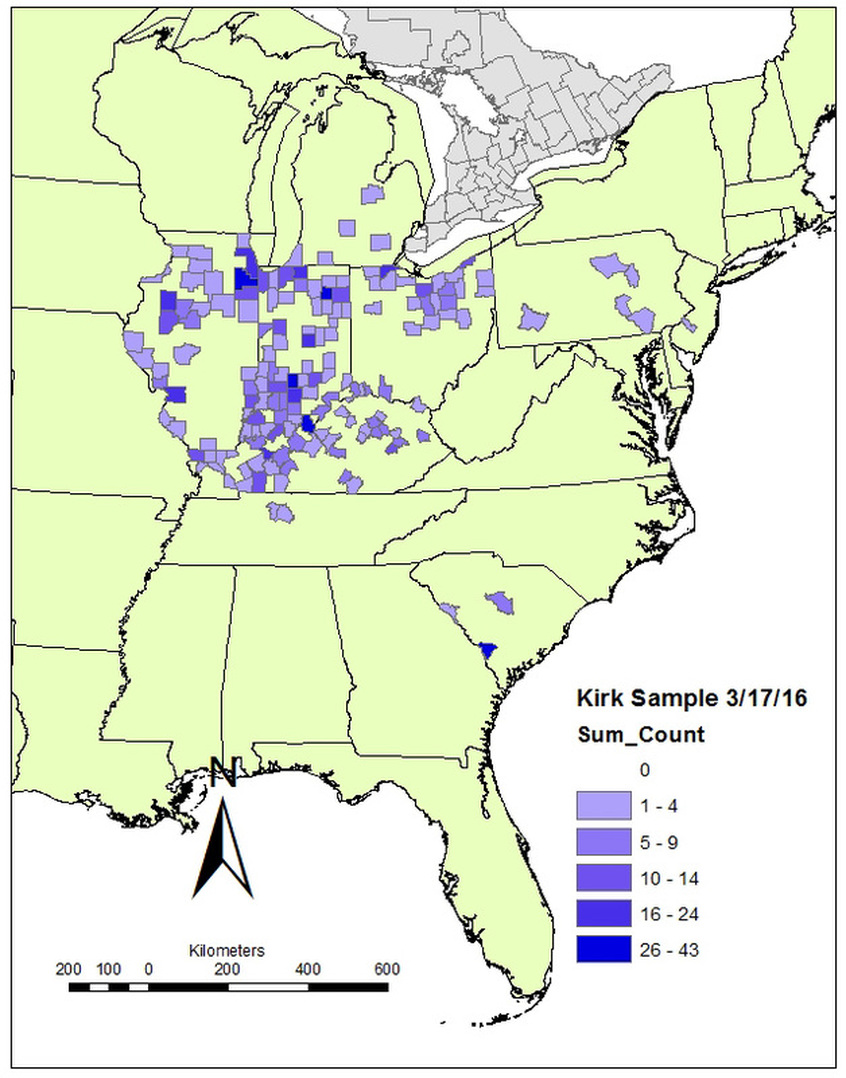 Geographic distribution of the Kirk Sample by county as of 3/17/2016.